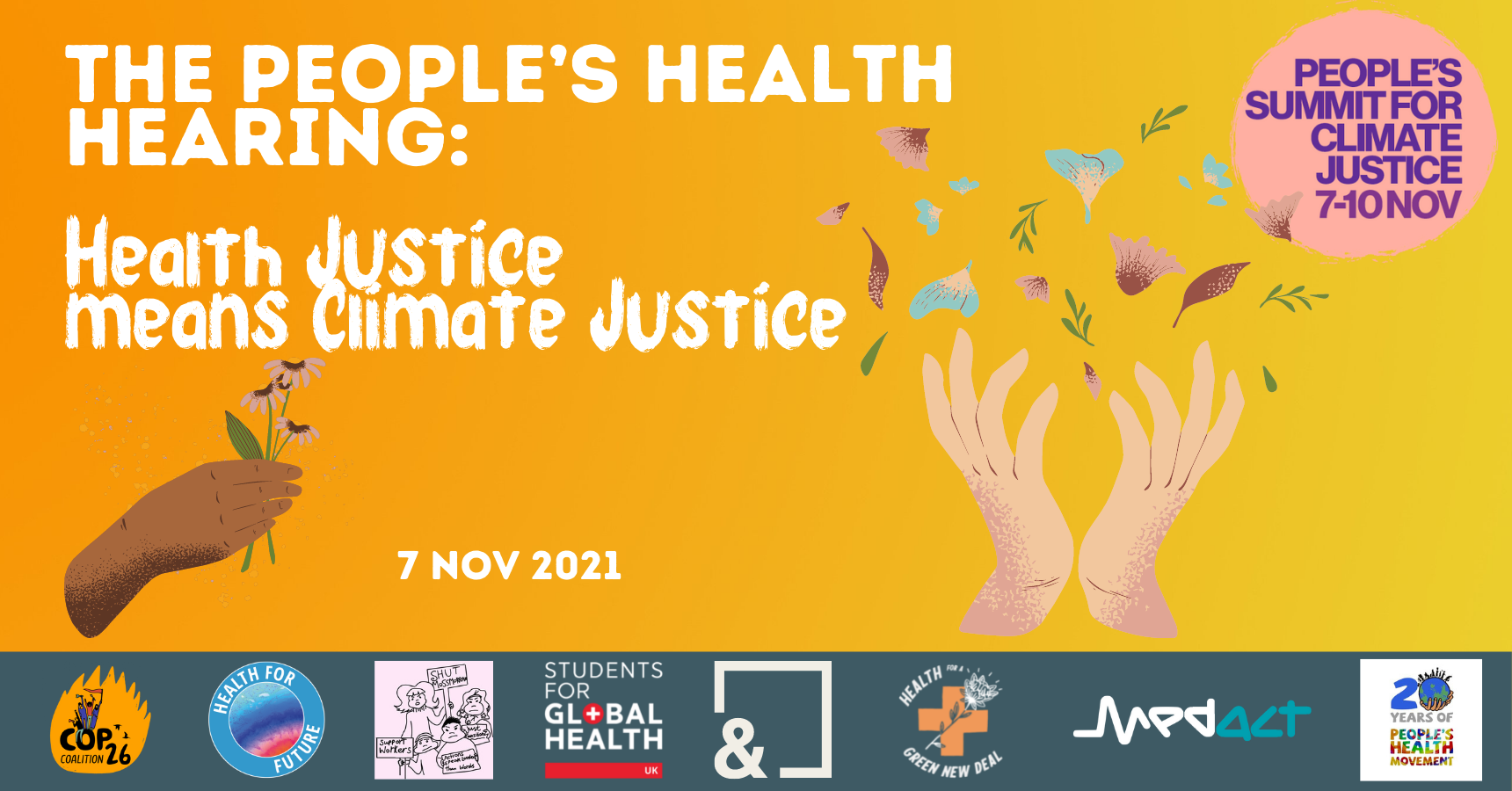 On Sunday 7th November, whilst the 26th Conference of Parties was taking place, we came together as part of the People’s Summit for Climate Justice for The People’s Health Hearing. More than 100 people joined from across the world came together online to bear witness to the public health impacts of climate violence, share stories of resistance and set out visions for health and climate justice.

You can now watch all the sessions from The People’s Health Hearing in English and Spanish and explore all the testimonies that were shared as part of the online gallery.